The liver is an abdominal glandular organ in the digestive system. It is located in the right upper quadrant of the abdomen, under the diaphragm and on top of the stomach. The liver is a vital organ that supports nearly every other organ to some capacity.

The liver is the body’s second-largest organ (skin is the largest organ), according to the American Liver Foundation (ALF), weighing about 3 lbs. (1.4 kilograms). At any given moment, the liver holds about 1 pint (half a liter) of blood — about 13 percent of the body’s blood supply, according to Johns Hopkins Medicine.

The liver is shaped like a football, or a cone, and consists of two main lobes. Each lobe has eight segments that consist of 1,000 small lobes, or lobules, according to Johns Hopkins. The lobules are connected to ducts that transport bile to the gallbladder and small intestine. 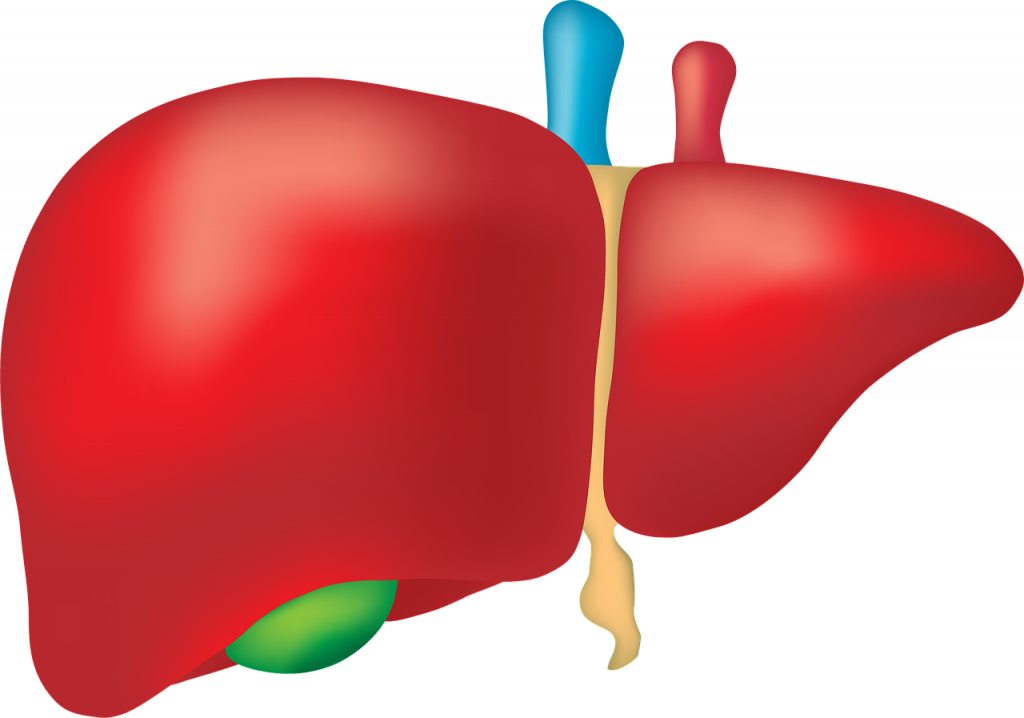 “The liver has a complex role in the function of the body,” said Jordan Knowlton, an advanced registered nurse practitioner at the University of Florida Health Shands Hospital. “Detoxification, metabolism (including regulation of glycogen storage), hormone regulation, protein synthesis, digestion, and decomposition of red blood cells, to name a few.”

In fact, more than 500 vital functions have been identified with the liver, according to Johns Hopkins, including:

One of the best-known roles of the liver is as a detoxification system. It removes toxic substances from blood, such as alcohol and drugs, according to the Canadian Liver Foundation. It also breaks down hemoglobin, insulin and excessive hormones to keep hormone levels in balance. Additionally, it destroys old blood cells.

The liver is vital for healthy metabolic function. It metabolizes carbohydrates, lipids and proteins into useful substances, such as glucose, cholesterol, phospholipids and lipoproteins that are used in various cells throughout the body, according to Colorado State University’s Department of Biomedical Sciences’ Hypertexts for Pathophysiology: Metabolic Functions of the Liver. The liver breaks down the unusable parts of proteins and converts them into ammonia, and eventually urea.

According to the National Institutes of Health (NIH), one symptom of liver disease is jaundice — yellowish skin and eyes. Other symptoms include abdominal pain and swelling, persistent itchy skin, dark urine, pale stools, bloody or black stools, exhaustion, bruising easily, nausea and loss of appetite. 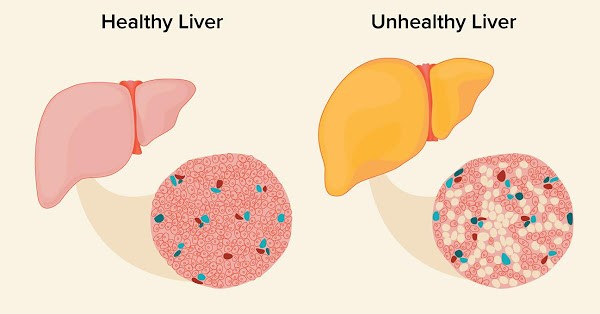 Things that can harm the liver

While some liver diseases are genetic, others are caused by viruses or toxins, such as drugs and poisons. Some risk factors, according to the Mayo Clinic, include drug or heavy alcohol consumption, having a blood transfusion before 1992, high levels of triglycerides in the blood, diabetes, obesity and being exposed to other people’s blood and bodily fluids. This can happen from shared drug needles, unsanitary tattoo or body piercing needles, and unprotected sex.

Alcohol is big player in liver damage. It is believed that alcohol could possibly change the type of fungi living in the liver, leading to disease, according to a small study published May 22, 2017, in the Journal of Clinical Investigation. If this is true, it could lead to new treatment options. The findings suggest that “we might be able to slow the progression of alcoholic liver disease by manipulating the balance of fungal species living in a patient’s intestine,” study co-author Dr. Bernd Schnabl, an associate professor of gastroenterology at the University of California, San Diego School of Medicine, said in a statement. [How Alcohol & Gut Fungus Team Up to Damage Your Liver]