What are Pangolins and where are they found?

Covered in unique brown plate-like scales, with short legs and a long tail, Pangolins make such interesting mammals to explore! At first glance, Pangolins are often mistaken as some kind of reptile, but they are the only mammals in the world with scales. They are most closely related to carnivores such as dogs, bears, cats, and foxes. Their scales are made from keratin which is the same protein that makes up your hair and fingernails! Pangolins are somewhat small mammals, ranging from only 4 lbs up to 70 lbs. The females are significantly smaller than their male counterparts. 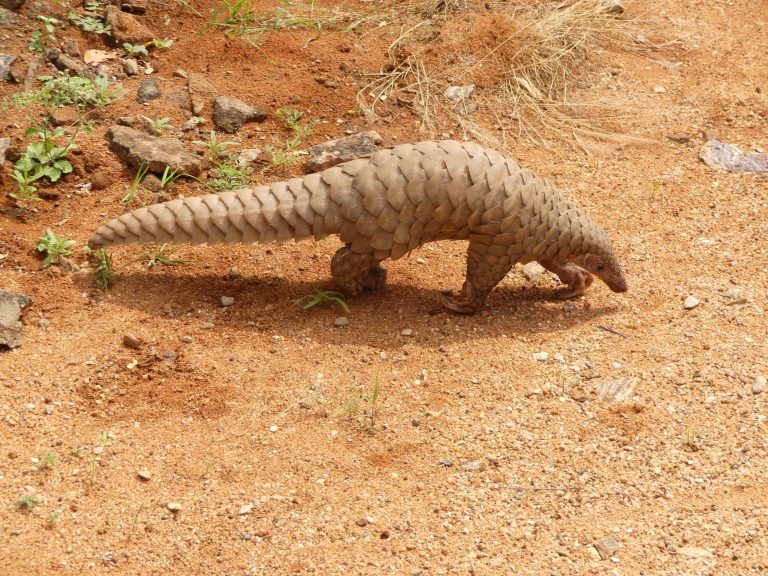 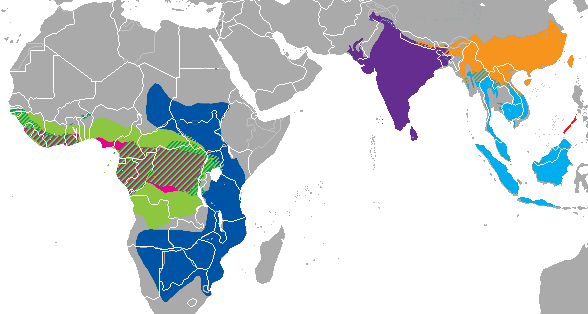 Across these regions, Pangolins are found in a variety of habitats. They are generally concentrated
where there are also significant populations of ants and termites, and play an
important role keeping those insect populations in check. Habitats include
savannah grassland, areas of thick brush, cultivated land, and tropical
forests. Asian pangolins are known to dig large burrows that humans can stand
up in, to escape the cold winters! During the warmer seasons all Asian species
are arboreal, meaning they are capable of climbing trees to supplement their diet.

Pangolins are nocturnal, usually sleeping in their burrows during the day and coming out at dusk to find food. Pangolin’s have seriously long tongues, extending up to 16 inches! For reference, human tongues are about 3 inches long. They are insectivores meaning they eat a variety of ants, termites, and insect larvae. They use their excellent sense of smell to locate their food and have long sharp claws to tear open termite mounds.

The Pangolin’s long tongue evolved much like anteaters, to be able to probe inside termite mounds to catch the insects. Additionally their saliva adapted to be extra sticky to cause ants and termites to adhere to their tongue. Pangolins regularly eat gastroliths, small stones, that help grind up and ingest the insects in their stomachs. They must do this because they have no teeth! A single adult pangolin can eat up to 70 million insects a year.

Pangolins live solitary lives, only coming together to mate. Mating season is typically in the late summer or early autumn months. Interestingly females will seek out males by tracking their location using urine or feces when it is time to mate. A female will be pregnant for two to three months. 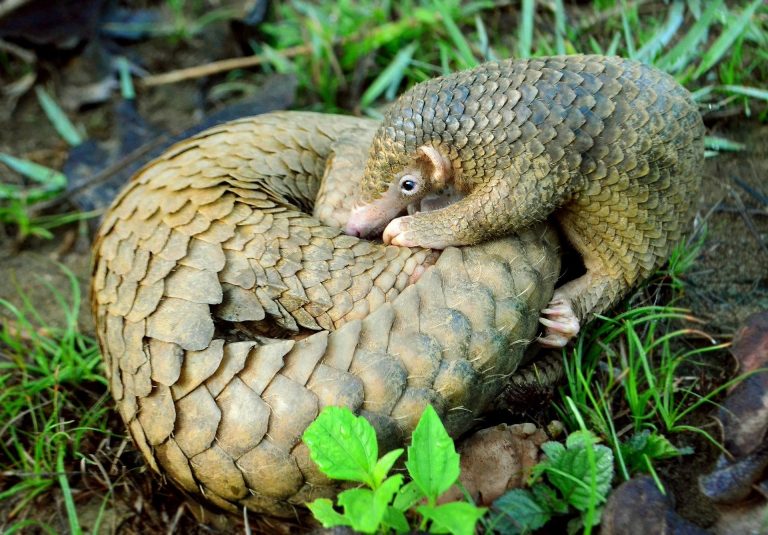 Asian species typically have litters ranging from one to three pups, while African species only birth one pup a year. A pups scales will be white and soft at birth and over the next few days, will become harder and darker. The mother will carry the offspring on it’s back during foraging. At around two years old the young Pangolin is mature and separate from their mother.

Pangolins immediately curl into a ball when in danger and rely on their scales to protect them. This works well for their natural predators like lions and tigers, by making them extremely difficult to chew or grab onto. If necessary pangolins will also thrash their tail to defend themselves using their sharp scales. Unfortunately these defense mechanisms are not effective against their greatest predators, humans. When curled up, poachers can easily catch them.

Pangolins are the single most trafficked animal in the world, with up to 100,000 trafficked to China and Vietnam every year. Trafficking is an illegal trade, and with animals it usually involves them being caught in their native habitat and transported to another country. Their scales made of keratin are highly desirable for traditional Chinese medicine. In China their scales are believed to be useful for lactating mothers and to cure cancer. Ongoing deforestation in their habitats combines with trafficking to significantly endanger these animals. All eight species are under threat, with 3 of the 4 Asian species listed as critically endangered. 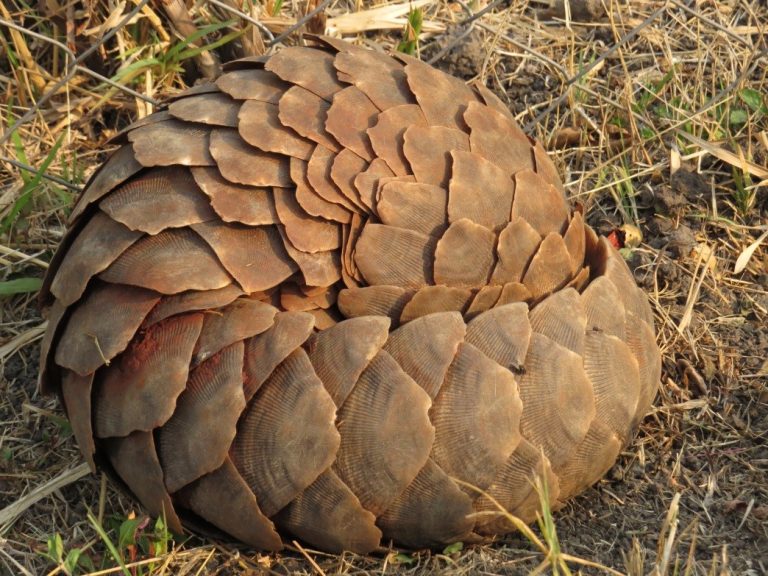 Despite an international ban on trading Pangolins, the black market illegal trade continues because they are highly lucrative for traffickers. Efforts are ongoing to seize and destroy traffic pangolin scales and meat to deter this practice. In early 2020, the International Union for Conservation of Nature (IUCN) moved to recognize all eight species as threatened on its Red List of Threatened Species. Finally in June 2020, China moved to protect the Chinese Pangolin (Manis pentadactyla) by removing a loophole that allowed consumption for certain uses. The Chinese government will also harshly crack down on traditional medicine use of pangolin
scales. This is a huge win for Pangolins and conservations, as their scales are the primary reason for such rampant trafficking.

Conservation attempts to breed Pangolins in captivity have been widely unsuccessful. This is because they have a highly specialized diet that is hard to replicate in captivity. Additionally, their immune systems are very weak and captive Panglions often become sick with pneumonia or develop ulcers. This underlines the importance of protecting Pangolin habitats and eliminating trafficking to keep these eight amazing species from going extinct!