Fish swim in schools to save energy 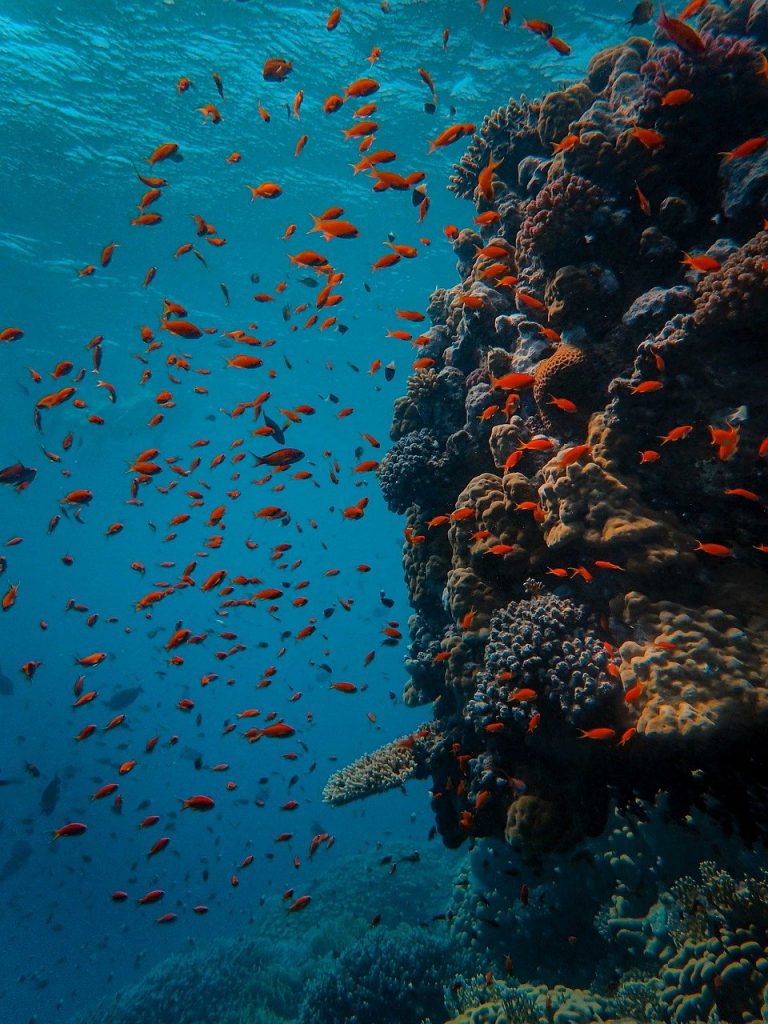 Swimming in schools helps fish avoid predators, but it also allows them to conserve energy. This is the finding of researchers in Germany, China and Hungary who used fish-like robots to investigate how real fish might gain from the watery vortices that other fish generate as they swim. The phenomenon they observed is known as vortex phase matching, and the researchers say that understanding how it works could inspire the development of more efficient fish-like underwater vehicles.

While scientists have long suspected that swimming fish might exploit the swirling hydrodynamic flows created by their neighbours, it was not clear how individual fish coordinated their movements to benefit from these vortices. Researchers led by Iain Couzin at the Max Planck Institute of Animal Behavior and the University of Konstanz studied this question by constructing fish-like robots and measuring how much energy they consume when swimming in pairs (the most common swimming configuration in natural fish populations) compared to when they swim alone. Such measurements would, they say, be impossible to perform on real animals.

The researchers’ robotic fish are 45 cm long with a mass of 0.8 kg. Each boasts three sequential servo-motors that are connected to joints covered in a soft, waterproof, rubber skin, and controlled using a “central pattern generator” that enables the robot to mimic the undulations of real fish.

Over the course of 10 080 trials (representing 120 hours of swimming time), the researchers monitored how their “robofish” behaved when placed at different distances from a “lead” robofish. They found that paired-up fish consume much less energy than loners because the followers adjust their tailbeats to match the induced flow of the vortices shed by the leader. The matching takes place with a time lag that varies with distance: when the follower fish is beside the leader, the tailbeats are synchronized, but when the follower falls behind, its tailbeats go out of sync, with a delay that increases the further away it gets.

This vortex phase matching allows the follower fish to exploit the “Kármán vortices” – chains of swirling vortices shed by a blunt object as it travels through a liquid – that the leader fish leaves in its wake. The result is a reduction in the follower’s energy consumption, but team member Máté Nagy of the Hungarian Academy of Sciences and Eötvös University notes that it’s not just about saving energy. “By changing the way they synchronize, followers can also use the vortices shed by other fish to generate thrust and help them accelerate,” he explains. 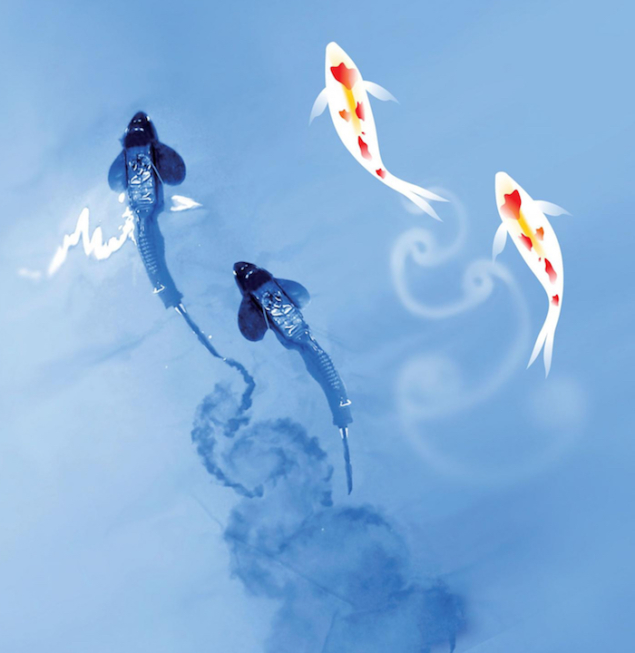 To find out whether real fish use vortex phase matching too, Couzin and colleagues made observations on 32 freely-swimming pairs of goldfish. While the real fish constantly changed positions relative to each other, the researchers observed that they nonetheless adopted a type of hydrodynamic interaction that could be described by a simple mathematical model that incorporates swim speed and the amplitude and frequency of the leader’s tailbeats. This model, Couzin tells Physics World, was then used to predict how real fish would behave if they were using vortex phase matching, and tested using artificial-intelligence-assisted analysis of the body posture of goldfish as they swim together.

The results indicate that real fish do indeed exploit vortex phase matching. According to the researchers, this strategy “may be a result of preflex or proprioceptive responses to neighbour-generated hydrodynamic cues”, since neither the fishes’ visual nor their lateral-line systems are required for them to behave this way. This leaves fish free to process other important information from their environment, including flows created by creatures other than their school mates – such as predators.

The team, which reports its work in Nature Communications, concludes that real fish use vortex phase matching “at least in part” to save energy. This simple and robust natural strategy might now be applied to improve the collective swimming efficiency of fish-like underwater vehicles, the researchers say.

Members of the team, which also includes scientists from Peking University, now plan to develop more advanced robots and to study “hybrid swarms” composed of real and robotic fish. In doing so, they hope to uncover further collective benefits of schooling.