Researchers Developed A Color-Changing Film Based On Chameleons

Chameleons can famously change their colors to camouflage themselves, communicate, and regulate their temperature. Scientists have tried to replicate these color-changing properties for stealth technologies, anti-counterfeiting measures, and electronic displays, but the materials have limitations.

Now, researchers have developed a flexible film that changes color in response to stretching, pressure, or humidity. 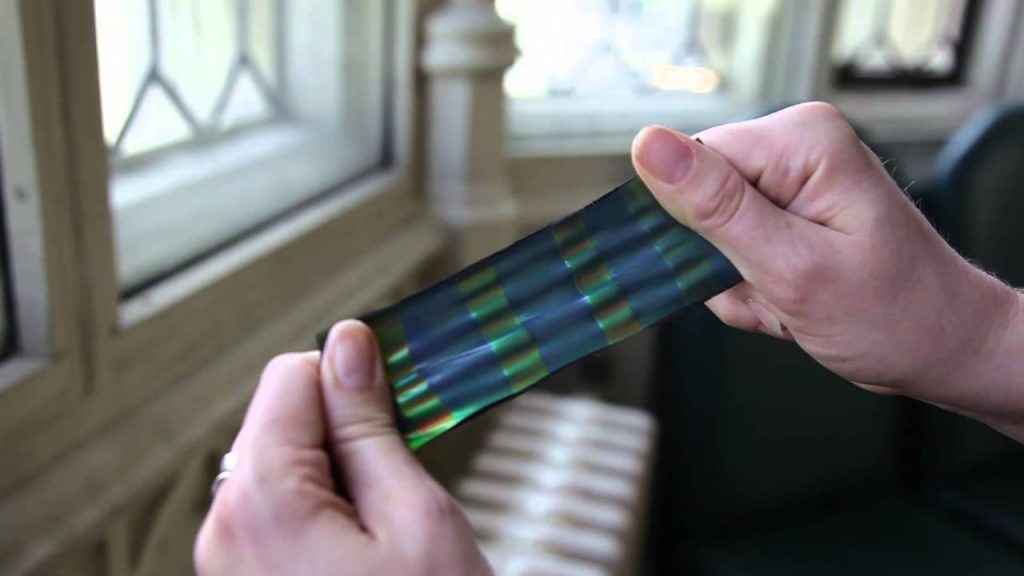 Watch a video of the chameleon-inspired film here:

By tensing or relaxing their skin, chameleons can change the way light reflects from guanine crystals under the surface, producing what’s known as structural coloration. These structural colors are different from the pigments that give many other creatures their hues.

Scientists have mimicked the crystalline nanostructures of chameleon skin in various color-changing materials, but they’re typically difficult to produce, or they rely on non-renewable petroleum resources. In contrast, cellulose nanocrystals are a renewable material that can self-assemble into a film with iridescent structural colors. However, the films are typically fragile and, unlike chameleon skin, can’t be stretched without breaking. Fei Song, Yu-Zhong Wang and colleagues wanted to develop a highly flexible film made of cellulose nanocrystals that changes color when stretched.

To increase the flexibility of cellulose nanocrystals, the researchers added a polymer called PEGDA and used UV light to crosslink it to the rod-shaped nanocrystals, producing films with bright iridescent colors ranging from blue to red, depending on the PEGDA amount. The films were both strong and flexible, stretching up to 39% of their original length before breaking. During stretching, the color of one film gradually changed from red to green, and then changed back when relaxed.

According to the researchers, this is the first time that stretching- and relaxing-induced, reversible structural color changes that are brilliant and visible to the naked eye have been realized for cellulose nanocrystal materials. The film also changed color with pressure and humidity, allowing the team to show or hide writing made by an inkless pen. The new bio-based smart skin could find applications in strain sensing, encryption, and anti-counterfeiting measures, the researchers say.